The know-how of two Czech entities – NAFIGATE Corporation, a.s. and technical universities BUT – is the basis for a project of a consortium of 17 European companies and institutions that will develop ecological packaging of the future for food or cosmetics. The members of the consortium are also the multinational company Unilever and other excellent workplaces of the European Union. Nafigate, together with its partners, has won a tender from the European Commission under the Horizon 2020 research program and will implement a new generation of sustainable packaging project called BioSupPack.

NAFIGATE Corporation has long been involved in the concept of circular economics – it processes biological waste, which it transforms into biopolymers and then bioplastics. These can be used in a variety of ways – including the production of organic packaging for food, beverages, cosmetics or household cleaners. “As part of the BioSupPack project, we will process and test new types of waste from food production and we are also looking for new forms of polymer that are suitable for processing into plastics,” said Lenka Mynářová, co-owner of NAFIGATE Corporation.

The European Commission allocated 8.8 million euros for the whole project, the Czech participants of the consortium – NAFIGATE Corporation and VUT Brno – received a total of 1.4 million euros. The consortium thus becomes the only alliance of companies and institutions to deal with the state-of-the-art packaging that does not burden the environment (the so-called DEMO project), with the support of the Commission.

NAFIGATE Corporation is a leading Czech development company, focusing on biotechnology and nanotechnology. Its flagship in the first area is Hydal biotechnology, which uses various oil wastes to produce bioplastics.

The European Union has long been working to solve problems with synthetic plastics, but the advent of bioplastics is hampered by a number of problems. Existing recycling systems are built to process conventional plastics, and not all bioplastics are truly environmentally friendly. “The task of the European Commission was to develop sustainable packaging that will not have a negative impact on the environment. We managed to prove that the solution can be our approach to the circular economy and how we process food waste, “said Lenka Mynářová. As part of the BioSupPack project, the consortium will also examine how to efficiently recycle next-generation bioplastics and how to digitize material flows.

The consortium project received the highest possible rating in the evaluation of “excellence” and its contribution to the objectives announced by the European Commission – in both cases a maximum of five points. “We have managed to put together smart heads in Europe. I am glad that our concept of packaging for the future was also appreciated in this way by the European Commission, “added Lenka Mynářová. According to her, NAFIGATE Corporation now has a lot of work to do in an excellent European team – among other things with such a renowned partner as Unilever. The aim is to develop reliable and strong packaging that will be at least as good as traditional ones, but at the same time as environmentally friendly as possible.

Modern packaging projects also represent a significant economic and business opportunity. Packaging is the largest application segment in the plastics industry, accounting for 40 percent of the industry’s total consumption in 2019, according to Frost & Sullivan analysts. According to international evaluations in the field of biotechnology, NAFIGATE has significant growth and innovation potential and aims to constantly expand its product portfolio.

Over the last 18 months, NAFIGATE Corporation has succeeded in its projects in other European tenders. In addition to the development of new generation packaging, BioSupPack also won two other projects within the Horizon 2020 research program, as well as one project each from the Eurostars and ELIIT programs.

The Czech development company thus deals, among other things, with the processing of municipal and water management biological waste and their use for the production of new products. For example, the RIMPLAN project (Eurostars program) focuses on the production of sealing elements for electronic devices by injection molding. The goal of the WaysTUP project! (Horizon 2020) is the production of food and feed additives, bioethanol, biological solvents and bioplastics.

In the case of the HOOP project (Horizon 2020), more than two dozen entities from 10 countries – including NAFIGATE Corporation as a technology partner – offer support to local initiatives that address the conversion of biowaste into biofertilizers, biopolymers and other innovative products.

“Success in European programs is a huge encouragement for us. We take them as a recognition of our innovation potential, but also as proof that a Czech company and a Czech university can succeed in huge international competition with excellent results, “says Lenka Mynářová. 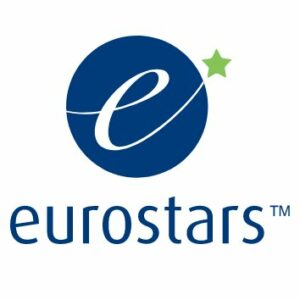