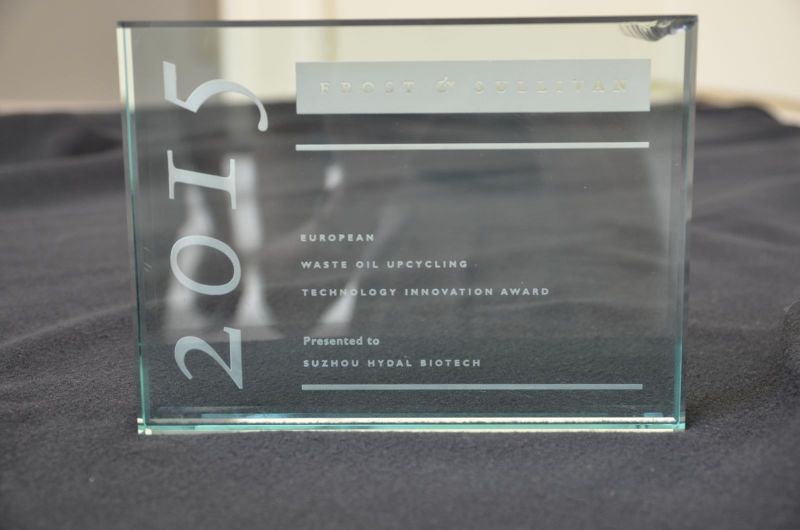 He definitely doesn’t seek out red carpet promenades. The result of my work is mainly the students, says Professor Ivana Márová from the Faculty of Chemistry at Brno University of Technology. She is the woman whose team has signed a patent for the Hydal biotechnology, which means that China will not drown in hectolitres of used frying oil. It is also thanks to her that the Czech Republic can, for example, boast its first technological Oscar for the best European innovation, which it won this year for Hydal. The following interview is about the direction in which further research in this field is heading, but also about what it is like to be a mother “on the mark”.

Unusable frying oil is converted into a useful bioplastic, or PHA biopolymer, with the help of bacteria. That’s Hydal technology in a nutshell. Where was the original idea born, in the kitchen or in the lab?
I started with this topic as part of my PhD thesis. However, I was not yet interested in the polymer itself, but in the path to it. The starting material for the polymer are substances that are also inherent to the human body, are so-called biocompatible and can be used, for example, in diagnostic kits for the determination of certain metabolites in diabetes. At that time, at the Department of Biochemistry, Faculty of Science, MU in Brno, we worked with PHA-producing bacteria and characterized the enzymes that lead to the formation of the polymer. But then I devoted ten years to clinical research on a completely different topic. When I then joined the Faculty of Chemistry at Brno University of Technology, we were looking for new thesis topics. And I had the idea to try to use the knowledge of PHA formation from the point of view of biotechnology and materials chemistry. I was lucky to have a very talented student who, after defending his thesis on PHA, started his PhD and went abroad for an internship. There he was attracted by a bus advertisement advertising the conversion of edible oil. True to the saying “chance favours the prepared mind”, the student had the idea to try to culture some bacteria on oil. These bacteria have very special dietary requirements and eat some petroleum hydrocarbons, fatty acids, sugars and unusual substrates. So you see, neither the kitchen nor the lab, the scientific brain thinks a little differently, although chance and luck certainly don’t hurt. As far as Hydal is concerned, there were a lot of lucky moments.

For example?
Our partner, NAFIGATE Corporation, Inc., came along at the best possible time, when we already had an idea almost ready for commercial exploitation. And while we were finalizing the technology, they came alongside us with the marketing and its transfer into practice. It was good for us that we were able to keep up with the pace of development that industrial practice demanded, and the technology could actually be brought to market.

There are now factories being built in China to convert hectolitres of frying oil into environmentally friendly bioplastics. So how long was the journey from idea to here?
We grew the bacteria, looked for suitable methods, studied – the whole process took about seven years, which is a relatively short time. In fact, to be even more precise: from the moment we made contact with the NAFIGATE Corporation, the patent was accepted in less than three years. But this was only possible because we had already done thorough preparation in the laboratory and semi-operational testing. We have gradually optimised the technology to make it simple to implement, energy-efficient, etc., but the production “factory” is a bacterium, i.e. a living creature. You don’t turn oil into polymer on its own, you need bacteria to do that, which in turn requires food and conditions to survive… You have to be able to predict the behaviour of the micro-organism and at the same time have the imagination to imagine how to influence its life cycle so that it survives, and get it to produce the largest possible amount of polymer at the same time. And it can do that very well, it can accumulate up to 80-90% of the polymer on a dry weight basis in its cells. I must repeat: Hydal came into the world through a series of fortunate coincidences.

Can you give us a little background on this magical bacterium? For the layman, it’s all a bit science fiction…
It’s a normal, commonly found soil bacterium that is not a human pathogen and is completely harmless to humans. We use a collection strain, but even that came into the collection from nature. It is the strain most often used in industry because its productivity is very high. I already mentioned that it can accumulate large amounts of polymer. Of the total amount of oil that the bacteria digest, it produces up to 70 per cent polymer – the other 30 per cent it needs to survive, it has to eat something. In short, this is no miracle, just an efficient use of a living organism. The bacterium is doing all the “miracle”, and in order for us to take advantage of its abilities, we have to create the right conditions for it.

What are you working on next?
We’re looking for more suitable waste to feed the PHA-producing bacteria. We are trying to develop other applications for the polymer, both in the field of large-scale technology and nanotechnology.

If I understand correctly, bioplastics could be used in a variety of applications?
Among the big technologies, a foreign partner is interested in producing mulch films for agriculture, which would disintegrate on their own in the field over time. A group at the Brno University of Technology is working on this. The production of disposable plastic containers for fast food can probably also be expected. In our laboratories (the Laboratory of Biotechnology and Biomaterials), which fall simultaneously under the Centre for Materials Research and the Institute of Food Chemistry and Biotechnology, we are trying to combine the polymer with specialised applications, in other words, to try to turn it into, for example, intelligent food packaging that would alert itself via probes to possible contamination of the contents, access to oxygen or undesirable moisture. Or to prepare nanofibre filters for purifying water and other liquids, to try to find its use as nanoparticles in the cosmetic and pharmaceutical industries. We are also testing all this in student work.

Can you elaborate?
The polymer itself acts as a UV filter. So we can imagine applying a gel directly to the skin with its nanoparticles containing other natural UV-absorbing molecules, such as beta-carotene. Other patents are in the pipeline for softening PHA, which is quite difficult, but a PHA polymer in nanofibre form could have major applications in a number of areas.

What are those therapeutic possibilities?
The polymer is oily like skin, so it makes it easier for some substances to permeate the surface of the body. Thus, if some active substances, such as antifungal, healing, antibacterial or some vitamins, were incorporated into the nanofibrous material, it could be used to cover wounds, as face masks, as compresses. We have plans for this in the near future, for example we already have a utility model for PHA nanoparticles with UV filter. We intend to use the hydrophobic properties of the polymer to make filters for water and other liquids. A filter made of this material is insoluble, is able to trap up to 90 percent of harmful bacteria from water and also decomposes itself after use. The benefits of something like this in developing countries, for example, can hardly be estimated now…

How long would it take to decompose the aforementioned high-capacity film?
We’re checking that too. The film would degrade in about three months. For nanofibrous materials, degradation is calculated in days.

Let’s turn the page a little. When I was preparing for the interview, I googled in vain trying to find some details about you. Isn’t it a shame you don’t “sell yourself” more, as a role model for students, as an example that a woman can do cutting-edge science?
It’s not for nothing they say that good things are self-aggrandizing. To be honest, we are of course happy that the work has been successful, but we cannot stop and “celebrate”, we have to keep looking for something new. I work at a university as a lecturer and students are still the most important output. We are pleased that they are interested in working in our labs, that they find us. Every additional talented student is not only a great joy, but also a hope for continuation… I consider it more important than demonstrating some achievements to the students to explain and allow them to experience for themselves that behind the results there is mainly a lot of work.

How did you cope with family life? Wouldn’t you have had an easier scientific career as a man?
It’s certainly easier for men, in all fields. Because a woman has to take care of her family, which is a natural thing. I don’t have any feminist tendencies, and I identify with the roles of men and women, but it is true that a woman has to do more work. I was told by my children at home that I was a “20 to 5 sign mom”. They’re grown now, but sometimes it was very hard to decide whether to get something done in the lab or spend time with the kids growing up. Unfortunately, time only ever goes one way.

Did you at least enjoy the “Technology Oscar” in London as a little satisfaction and recognition?
Surely it would have been an amazing experience, but unfortunately I wasn’t there. It would have been time and money consuming and I preferred other duties. However, the award is obviously gratifying, it’s borderline miraculous or some film you watch and feel it’s not about you. We thank our partner for having the strength and ability to come this far with our joint result. 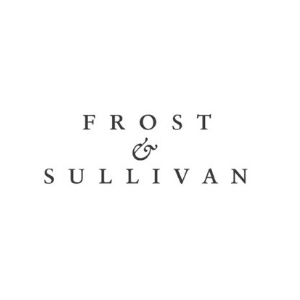